We lost our home and everything we own in a disaster. We did not know it at the time, but it would take almost 7 years of living like refugees before we were able to rebuild & return to our home. During that process we became very active in helping our community recover. We met many others who were doing the same. Some formed bucket brigades to help people gut their damaged homes, some fought the insurance companies that refused to pay consumers an honest claim, others formed grassroots groups to enact state and federal legislation to protect storm survivors. 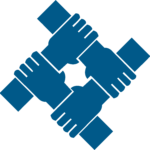